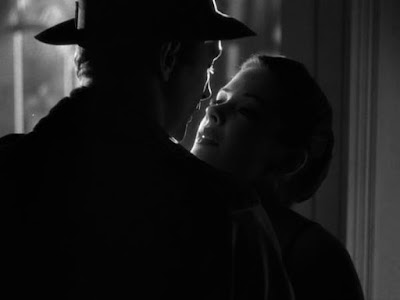 Director Jacques Tourneur, the son of a silent film director, was a master of composition, tone and pacing, and this may be his best picture. Credit for the dark yet smooth look of the movie also goes to cinematographer Nicholas Musuraca, RKO's go-to guy for film noir.
Posted by Elgin Bleecker at 9:26 AM
Labels: Film noir, Jacques Tourneur, Jane Greer, Kirk Douglas, Out of the Past, Robert Mitchum