Hitchcock Times 2: Man Who Knew Too Much

Alfred Hitchcock is one of the few movie directors of the past who, decades after his death in 1980, is still well known.

In the 1950s, Hitchcock, at the height of his powers and popularity, remade one of his earlier films. Some might say Hitchcock remade many of his films, just giving them different titles, but that would be unfair, and would definitely be the subject for another post.

The film he remade was “The Man Who Knew Too Much.” 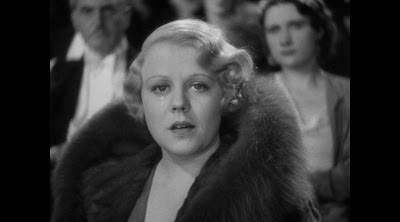 In the 1934 original, produced in England, a family – mother, father, and little girl – on vacation in the snowy mountains of St. Moritz, Switzerland, get tipped off to a planned murder. The villains, discovering that the parents could notify the authorities about their plot, kidnap the little girl to keep them quiet. The father and mother learned that the baddies plan to assassinate a foreign diplomat in England during a concert at London’s Royal Albert Hall. The couple is faced with the choice of either saving the diplomat and possibly avoiding a war (remember, World War 1, which ended just 16 years earlier, was touched off by an assassination) or saving their daughter.

In the1956 remake, a family – mother, father, and little boy – on vacation in Marrakesh, Morocco, learn of a mysterious plot, which turns out to the be the same scenario as the earlier version. 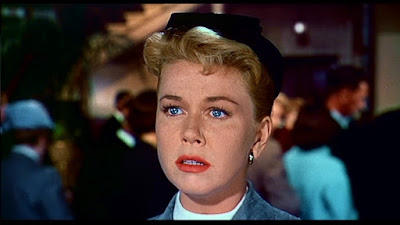 Both films feature women with extraordinary talents. Edna Best, as the mother in the first film, is established as a crack shot with a rifle, which plays directly into the strange shootout with the villains at the end of that picture. Doris Day in the remake plays a singer who gave up her career when she married a doctor, played by James Stewart, and her voice plays an important part in the recovery of her boy.

Edna Best, was a London stage star who did not make many movies, and in this film, Hitchcock did not give her much to do. Doris Day, on the other hand, is given many scenes that establish her character, her talent and her rapport with the boy and with Stewart. In the opening scenes, Doris Day and James Stewart seem to be improvising, although that is not likely in one of Hitchcock’s films. They also have a powerful scene together when Stewart, who learns of the kidnapping first, has to break the bad news to his wife. (Anyone who thinks Doris Day was just a pretty comedienne with a good singing voice, should check out that scene and reconsider.) 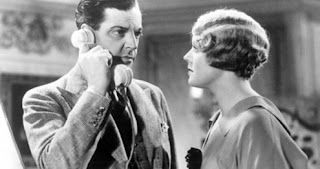 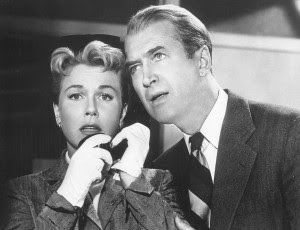 The original version, with a running time of 75 minutes, seems rushed and does not give an audience time to get to know the family. When Hitchcock went to remake the story, 22 years later, he had a solid reputation and the backing of a major Hollywood studio and took his time, allowing the audience to care about the people, and more importantly, allowing the tension to build. The 1956 version runs 120 minutes. It was also shot in color and in Vista Vision and was made partially on location in Morocco and England.

But despite the short running time of the original, Hitchcock presents a typical Hitchcockian scene during the parents’ search for the girl. The scene is both painfully uncomfortable and hilarious at the same time. It involves a visit to a sinister dentist. In order to extract information (I know, I know), the dad first has to get into the chair.

Later, Hitchcock inserted a scene into the remake, at about the same point in the story, that was both tense and funny. Following up on a lead, Jimmy Stewart goes to a taxidermist’s studio and winds up in a fight with the employees among the stuffed exotic animals.

Peter Lorre, as the bad guy who kidnaps the child in the original film, was great. His performance is so odd and weirdly humorous that he steals every scene from Leslie Banks, who plays the father. In the remake, Hitchcock toned this down, making the kidnappers a bland, middle-aged couple.

For fans of Hitchcock, both versions are a must see. But the remake is far superior to the original.