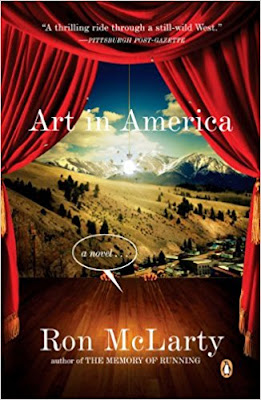 (For more posts on books, head over to Todd Mason's blog. He is compiling this week's Forgotten Books list for Patti Abbott.)
Posted by Elgin Bleecker at 1:11 AM
Labels: Art in America, Ron McLarty