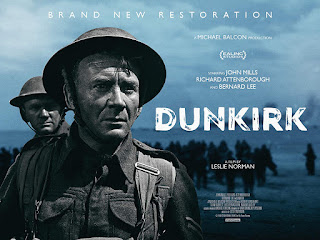 Two years ago, critics fell all over themselves praising director Christopher Nolan's film about one of the 20th century’s great stories of heroism – the evacuation of Allied soldiers from the beaches of Dunkirk.

But current audiences might not know that there is an earlier movie of this story.

The 1958 film, “Dunkirk,” is not one of the great war films, but it is a darn good one, and far more clear in its story telling than the 2017 version.

Three well-know English actors of the 1950s starred in three parallel stories which come together in the rescue operation.

John Mills plays a British sergeant leading a squad separated from the retreating army. He and his men fight their way through the countryside and back to the coast of France only to wind up on the beach at the town of Dunkirk with thousands of other soldiers and not enough ships to carry them away.

Richard Attenborough (who played the leader of the escape plan in 1964’s "The Great Escape") here is the meek owner of a company making military belt buckles. He also owns a small motor boat. When the boat is requisitioned by the Navy in an attempt to get everything that floats over to pick up the soldiers, he reluctantly and under a bit of peer-pressure agrees to pilot his own craft. 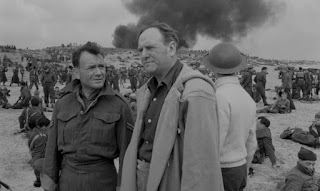 Bernard Lee (who was 007’s boss in the early James Bond films), plays a journalist frustrated by the lack of information coming from the military but suspecting the British troops were in trouble in France. He too owns a small power boat and willingly volunteers to sail it with the Navy.

The film is at its best when showing the size of the operation, the number of men on the beach, and the struggles of the Navy and the civilians to reach and help them.

In May 1940, British, French, and Belgian troops were pushed back to the shore of northern France by the advancing German army. The British Navy with the help of privately owned boats launched a rescue operation. Pleasure crafts, fishing boats, ferries and yachts accompanied Navy vessels from England to Dunkirk, picked up as many soldiers as they could, returned them to England, and then went back to rescue more. The operation continued from May 26 to June 4.

The 1958 version of “Dunkirk” was directed by Leslie Norman and produced by Michael Balcon,who was the head of England’s Ealing studio. Ealing is best known for its light comedies often starring Alec Guinness, but it also turned out war films, including 1953’s “The Cruel Sea,” which is one of the best pictures about World War II.
Posted by Elgin Bleecker at 8:04 PM
Labels: 1958 film, Bernard Lee, Dunkirk, Ealing, John Mills, Leslie Norman, Michael Balcon, Richard Attenborough