Eastwood is a youngster compared to Oliveira 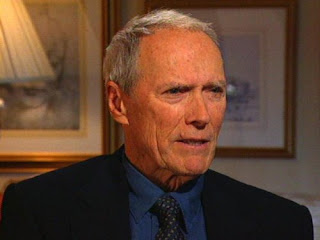 The other day, I was talking to someone about Clint Eastwood, saying he was remarkable for continuing to direct movies at his age. He is 86 now (born 1930) and his latest film, “Sully,” came out in September of this year (2016). Mr. Eastwood is defying the idea that the difficult, stressful and physically taxing job of directing films is a young person’s game. 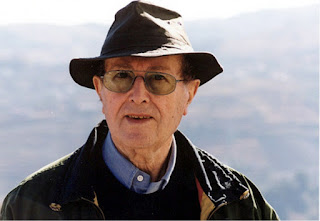 But Eastwood is unique, turning out movies well into his 80s.
And then I remembered an even more remarkably superannuated movie maker: Manoel de Oliveira.

A few years ago, I saw some of his films on DVD, and was amazed he was still creating at his age. But, when I looked him up the other day on the Internet Movie Database (IMDb), I was saddened to learn that he had died in 2015 at the age of 106.

Now here is the part that should knock you out: He made his last feature film in 2012 at the age of about 103. Let that sink in before I tell you that the IMDb also says he made a 15-minute documentary the year he died.

Mr. Oliveira was born in Portugal in 1908 and made films there starting in the silent era. Due the political climate of the country, his output was spotty until the 1970s, said Dennis Lim in his New York Times obituary of the director.

The three Oliveira films I have been able to view are:

“The Strange Case of Angelica” (2010). This is a strange one indeed. It is the story of a young man who falls in love with a young woman but can never be with her. The movie feels like it traveled through time from the silent era to the 21st Century. I saw it when I was researching a movement called Slow Cinema and I am here to tell you this one is slow – really slow. Luckily, I like a lot of the Slow Cinema productions.

“Belle Toujours” (2006) is the story of an older man who sees an old flame at a concert, pursues her, and after a time convinces her to have dinner with him. Secrets and a lot more are revealed at the dinner and the meal goes on in almost real time. Very slow, but fascinating.

“Taking a Picture” (2003) is several stories about people on a cruise ship. Some of the passengers, including Catherine Deneuve and Irene Pappas, spend a lot of time talking during meals at the captain’s table. John Malkovich plays the ship’s captain. Malkovich made several films with this director, as did Ms. Deneuve.

The films of Manoel de Oliveira are not for everyone, but anyone feeling a little adventurous and willing to let an old master do his thing – no matter how slowly – should give his movies a try.