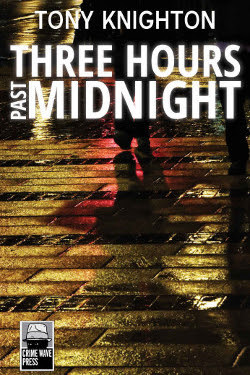 The main character is a professional thief who is so deep in the shadows hardly anyone knows his name – including the readers of this noir story. He is a man known as a top professional, which is why a former city cop hires him to break into a sleazy politician’s townhouse and steal the contents of a safe.

The thief easily lets himself into the home, finds the safe, then surprisingly, chops it out of the wall and drops it out a side window where the ex-cop picks it up, puts it in his vehicle and drives away. The two will settle up later.

But when he arrives at the meeting place, he finds the ex-cop shot dead and the safe gone.

If he is to maintain his reputation, the thief cannot let this go unanswered. He spends the rest of the night moving about town, hunting down the guys who killed the ex-cop and took the safe. The thief wants to do more than just find and punish the culprits, he wants the money from the safe and he wants to know why they killed the man.

The crazy, tangled and violent journey of the thief is an exciting ride as he tracks down the safe and the thieves. And to complicate things, he is being tracked by someone willing to kill anyone in his way.

The story takes place in and around Philadelphia, a city Tony Knighton obviously knows well, perhaps from his day job. He is a lieutenant in the Philadelphia Fire Department.