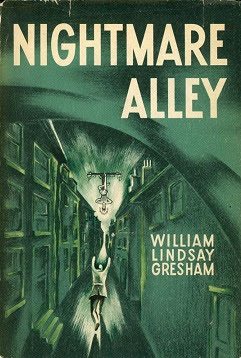 Lots of books make me laugh out loud, but few ever give me a shivering chill. To that very short list, I can add William Lindsay Gresham’s Nightmare Alley.

This powerful and creepy 1946 crime novel about the rise and fall of a heartless, phony mind reader knocked me out.

For years, I put off reading Nightmare Alley because I knew and liked the 1947 movie based on the book. The picture, starring Tyrone Power, is one of the great noir films. For that reason, I thought the book would hold no surprises. I was wrong and should have read it much earlier.

Nightmare Alley is the story of Stanton Carlisle and his 20-year journey from a callow youth working for a traveling carnival, trying to learn the tricks of the trade, conning the sexually charged Madame Zeena into teaching him her mind-reading act, running off with Molly, the beautiful teenage orphan of a carny gambler, gaining notoriety as a mind reader himself, earning big money entertaining wealthy patrons, and finally upping his game by passing himself off as a minister who can commune with the dead in order to fleece the very rich and gullible.

Carlisle, a soulless con artist, the product of a strange and brutal upbringing, is haunted by his fears. The title, Nightmare Alley, refers to his recurring dream of running in a dark alley from a nameless, faceless terror pursuing him.

Gresham was a very good writer, moving easily from the slick spiel of the carnival barkers to the smooth patter of the phony mind reader, to the seductive religious tones of the spiritualist. He also nails the dialogue and thoughts of the crude cynics, the uneducated country folk, and the upper class. At times Gresham’s prose is as frank and modern as any current novel, and its economy packs quite a punch. Some writers have the ability to charge each page with an energy that sweeps up and propels a reader through a story. Gresham had that and more.

An interesting man, Gresham was an adventurer, going off to fight with the Loyalists in the Spanish Civil War of the 1930s, a writer who turned out stories for the slicks and the pulps in the 1940s and 1950s, and someone with a life-long fascination with magic and the carnival. Near the end of his life – he committed suicide in 1962 at age 53 – Gresham co-wrote a biography of magician Harry Houdini.

Nightmare Alley, with its callous cruelty, frank sexuality and occasional gutter language, may not be for everyone. But anyone who reads it will be rewarded with a well-written and unforgettable tale. 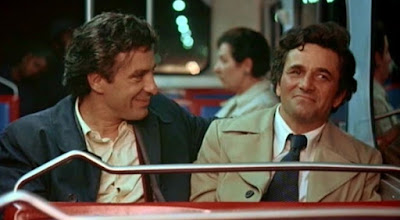