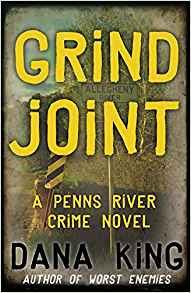 It would be hard to top a start like that, but King does it with his second book in the series, Grind Joint.

Detective Benjamin “Doc” Dougherty and the cops of the Penns River Police Department are back, along with a visitor from another state – and another crime series by Dana King – private investigator Nick Forte.

Forte, who is Doc’s cousin, comes to Penns River to visit his mother and gets involved in Doc’s latest case.

A new casino is about to open in an abandoned shopping mall in the seen-better-days fictional city of Penns River. Doc knows it will be a grind joint, but the powers that be welcome it as a source of income and jobs.

Before the grand opening of the gambling joint, a body is dumped at the front door. The murdered man was a known drug dealer and former associate of local mob boss, Michael “Mike the Hook” Mannarino. Suspicion falls on Mannarino who lives quietly in Penns River while committing crimes in other towns.

The casino is not an innocent victim. A sleazy real estate developer is backing it along with a silent partner, a wealthy Russian gangster. The Russian’s violent and loony son, Yuri, also has an interest in the casino and in expanding his own drug business in the region.

All these major-league criminals are more than the small municipal police force can handle. Doc recruits his visiting cousin, Nick Forte, to assist in his investigations. Soon, both of them are targets of the out of control Yuri and his mob.

Grind Joint moves at a pulse-pounding pace with Doc and Nick in serious danger all the way.

Not only is King’s plot involving, but I also enjoy his writing style. He has a way of making a reader worry and laugh at the same time. He also has a subtle way of describing characters and their actions.

When Doc is joshing with an old timer, he writes, “West did a thing with his lips and eyes that passed for laughter.” That could be interpreted in many ways by many readers. But a recollection of someone I knew who did something like that flashed across my mind and the book’s character became a real person.

(And while you are in the book-buying mood, please also check out my crime novel, Lyme Depot. Thanks.) 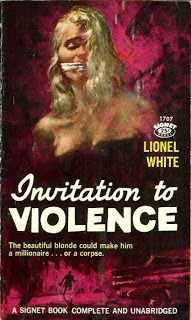 (For more posts on books, head over to Todd Mason’s blog.)
Posted by Elgin Bleecker at 11:19 PM 6 comments:
Labels: Clean Break, Invitation to Violence, Lionel White, The Killing, The Snatchers 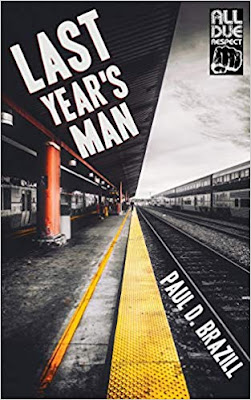