A Song for Today

Gregory Porter doing “In Heaven” from his 2016 album, Take Me To The Alley.

Posted by Elgin Bleecker at 11:10 AM No comments:
Labels: Gregory Porter, In Heaven, Take Me To The Alley 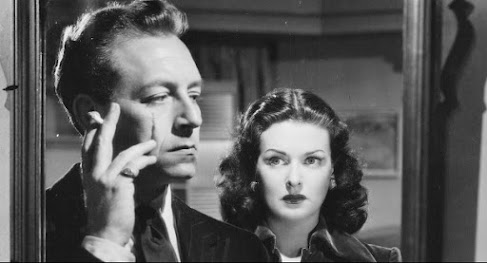 (This re-post from 2015 is also a DVR Alert. “The Scar” under its other title, “Hollow Triumph,” is scheduled to show Friday, August 28 on Turner Classic Movies.)

The tone and pace of “The Scar” help suspend disbelief that this man could not only kill and take the place of the psychiatrist, but also do it without anyone ever noticing that he is a different guy. Henreid, who plays both parts, lends a suave intensity that drives the 83-minute film. While the cast of supporting players all think bad-guy Henreid is actually good-doctor Henreid, it is a stretch to believe that the shrink’s own secretary, played by Joan Bennett, who is also in love with the doc, would not notice the switch.

“The Scar” was directed with much style by Steve Sekely, a Hungarian filmmaker who went to Hollywood in the late 1930s. Sekely was able to build tension and create a genuinely creepy atmosphere in the picture, especially in a stomach-turning sequence in which Henreid, in order to convincingly switch identities, must give himself a long scar on his cheek. He sits before a mirror and sets out his medical instruments, which, under the expressionistic lighting of the great cinematographer John Alton, take on a sinister personality of their own: a scalpel, a vial of numbing agent, and a sickeningly large glass syringe. His tools in place, Henreid sets to work on himself.

Director Sekely had talent. He might have become one of the great auteurs of film noir. (Wonder why he didn’t?)

“The Scar” is a fun little noir, and that scene of creating the scar is worth the price of admission.

Bodyguard is a series to watch 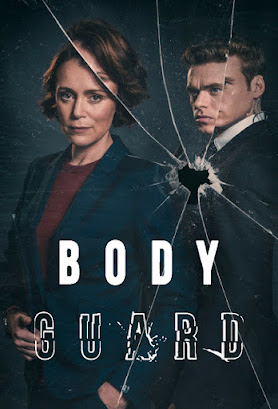 Bodyguard has one of the best first 15 minutes of any movie or TV show.

This thriller on Netflix opens with army veteran, David Budd, riding on a commuter train and encountering a terrorist wearing an explosive device.

The following five hours and 45 minutes of this 2018 British series are darn good, too.

Budd’s actions on the train land him a job he does not want—protecting Home Secretary Julia Montague, a controversial cabinet minister. Montague is tough, difficult and has many enemies sniping at her—some politically, some literally.

Budd is tightly wound. He has seen too much war. Now the war on terrorism at home is grinding on him.

Bodyguard has it all—suspense, action, intricate plotting and interesting characters. 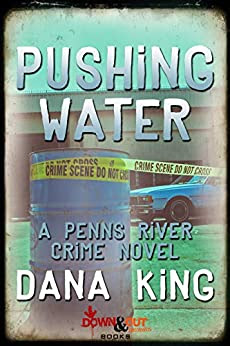 Dana King’s latest book is Pushing Water. It is the fifth book in his Penns River series of police procedurals.

Penns River is King’s fictional setting, a small Pennsylvania city. It was once a prosperous place, now it is down-at-the-heels. The local police department is up to its neck in work as crime is on the rise.

The main character of the series is police Detective “Doc” Dougherty – pronounced “Dock-erty.”

A couple of days ago, I asked Dana King a few questions.

ELGIN BLEECKER: Dana, what is going on in Penns River in your new novel?

DANA KING: An active shooter at a local discount department store leaves several people dead. No one is quite sure who the shooter is, as the man arrested at the scene definitely shot someone but claims to be a Good Guy with a Gun.

As if the cops aren’t busy enough, a Canadian fugitive passing through pulls a job to tide him over until his brother can get some cash across the border. The fugitive picks up a local partner and seizes an opportunity, robbing everything in sight while the police focus on clearing the mass shooting. The police turn out to be the least of the robbers’ problems, as they eventually hit a joint owned by what’s left of the mob.

ELGIN BLEECKER: What does the title, Pushing Water, mean?

DANA KING: There’s a scene where the Mountie who’s after the fugitive asks Doc how everyone on the force gets along so well under circumstances that are difficult at best. Doc tells him it’s out of loyalty for the long-time and beloved chief of police.

"Everyone knows we’re pushing water uphill every day and we keep doing it for him. I don’t want to think about what happens here when he finally retires."

ELGIN BLEECKER: Has this weird time we are living through had an effect on your writing, or your reading?

DANA KING: Not as much as for a lot of people. I’ve worked the day job from home for ten years now, so my schedule didn’t change much.

There are unusual external stresses—what The Beloved Spouse™ calls “buzzes”—but the time I spend writing and reading are my escapes, which provokes me to make time for them.

I also had some pretty serious vision problems that started about a year ago and affected my reading and writing. We started to get them under control about the time social distancing kicked in, so reading and writing became easier for me around then. I’ve been very lucky.

ELGIN BLEECKER: Glad to hear it, Dana. And thanks for doing this Q&A.

Reviews of Dana King’s previous Penns River novels can be found on this site. Worst Enemies is here. Grind Joint is here. And Resurrection Mall is here. 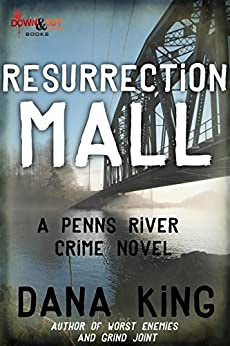