Movies to Watch on Halloween 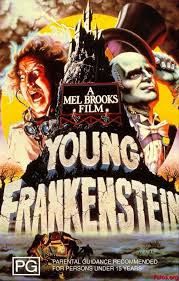 Today is Halloween, and to get everyone in the mood for it, the cable this past weekend was flooded with horror movies.

But, with the beautiful mild weather each day and the World Series each night, there was little time left to watch any of them.

Two films that aired the night of game five of the series were Mel Brooks’ “Young Frankenstein” and “Abbott and Costello Meet Frankenstein,” two of my favorites. Had they played either before or after the baseball game, I would have gladly watched them.

Both are a joy to watch and while they are comedies, they use all the elements of classic horror movies to their advantage.

Gene Wilder, in Mel Brooks 1974 film, is brilliant as the heir to the Frankenstein castle who finds his grandfather’s notes and creates a project of his own. The entire cast is terrific: Teri Garr, Peter Boyle, Marty Feldman, Madeline Kahn, and Cloris Leachman as Frau Blucher, who, when pressed to reveal her relationship with the original Dr. Frankenstein, admits: Yes! He was my – boyfriend! By the way, Mel Brooks, in a TV interview, said the name Blucher means glue maker, and that’s why the horses go crazy when they hear her name. 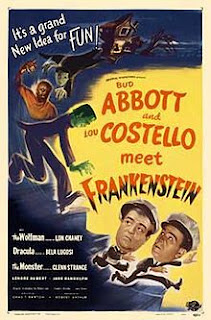 “Abbott and Costello Meet Frankenstein,” from 1948 is, to me, the comedy teams’ best film. Abbott and Costello play moving men who bring crates containing Dracula and Frankenstein to a museum and some great stuff happens when the monsters awaken and chase the guys. To further complicate things, the Wolf Man also shows up. Universal got Bela Lugosi to play Dracula again, and Lon Chaney, Jr. to reprise the Wolf Man. Frankenstein, in this picture, was played by Glenn Strange, who for many years played Sam, the bartender at the Long Branch Saloon, on the TV show “Gunsmoke.”

Would I want to watch “The Exorcist,” probably the scariest movie I have ever seen? No thanks. Once was more than enough.

How about some of the classic slasher films like “Halloween” or “Friday the 13th”? I don’t think so. I saw a lot of them years ago and still remember all the twists, shocks and surprises.

As for classic monsters, I will watch almost any film with a werewolf in it. I particularly like the early ones featuring a sympathetic Chaney. Another older one I like is the low-budget “The Werewolf” from 1956 starring Steven Ritch and directed by Fred Sears.

The 1942 film, “Cat People,” starring Simone Simon, is another film I would gladly watch again. Its story, atmosphere and performances all add up to one creepy movie. The scene that gives me a chill is when Simone Simon, who we suspect is capable of turning herself into a large cat and killing anyone she is displeased with, is approached in a restaurant by another woman with rather feline features. The woman calls her, My sister, in another language, but the message is clear.

One more film that is on my watch-again list is “Curse of the Demon” (also called “Night of the Demon”), from 1957, starring Dana Andrews. This quiet little movie about an American in England and an curse that can bring down the wrath of some terrible monster, will stick with you long after seeing it. But, had the movie ended five minutes before it did, it would have been even better, creepier, and more memorable.

Which horror movies do you remember, and which would you watch again? Or, which films would you rather not see again?

Now, I’ve got to go. Little ghosts and goblins are at my door looking for treats. 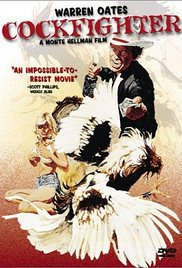 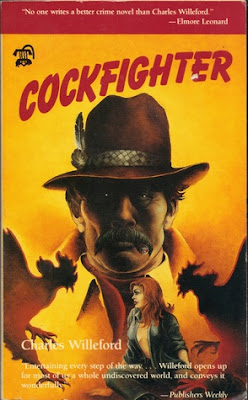 (To read about other forgotten books, check out Patti Abbott’s blog.)
Posted by Elgin Bleecker at 12:08 AM 6 comments:
Labels: Charles Willeford, Cockfighter, Pick-Up 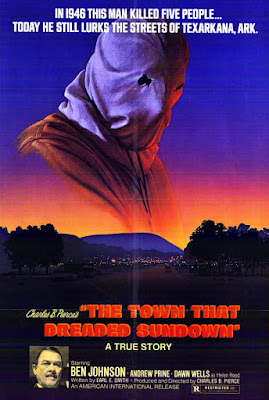 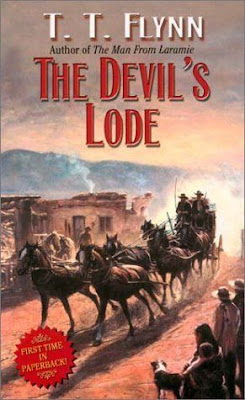