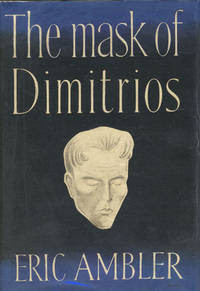 (If you enjoy crime stories, please check out my book, Lyme Depot. Thanks.)
Posted by Elgin Bleecker at 11:31 PM 5 comments:
Labels: Eric Ambler, The Mask of Dimitrios 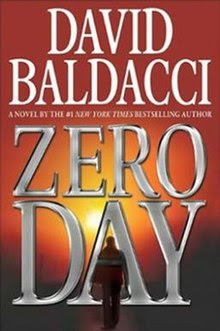 May was a month of driving. It wasn’t 24-7, but it sure felt like it. The monotony of some of the trips was alleviated by audio books. Usually, I listen to non-fiction on long hauls, but for two long days behind the wheel, David Baldacci kept me amused with the first book in his John Puller series, Zero Day.

The book starts out with a sucker punch as a bored letter carrier delivering mail to homes in a quiet village in West Virginia’s coal country, gets the shock of his life when he discovers a family – father, mother, and two teenagers – brutally murdered.

The father was an Army colonel attached to the Pentagon and privy to top secret information.

Warrant officer, John Puller, an Army criminal investigator is ordered to West Virginia to find out what this officer and his family were doing there and who killed them.

Puller, a large, highly trained, highly decorated combat veteran and an astute detective, puzzles the assignment and why he is being sent out alone. Surely the case deserves a full team of investigators. But, a good soldier, Puller heads out with his kit and his Sig Sauer M-11 in a holster at the small of his back.

Baldacci piles up the questions, the suspects, and the danger as Puller with the help of a female officer from the small local police department delve into the mystery.

David Baldacci is a master at building tension and then releasing all that pent up energy in the final chapters. His action sequences can go over the top, and his ending after all that suspense was a bit of a let down, but the journey to the final showdown was entertaining.

Too often, in books like this, the personal story of the hero can be a drag, but David Baldacci gives Puller some interesting problems. John Puller is the son of an Army general in the mold of George Patton. The old man, while still demanding and exasperating, is now in a Veteran’s Administration hospital with dementia. Most of the time he believes he is still a commanding officer in the field firing off orders at Puller who he thinks is one of his subordinates. Puller also has a brilliant older brother in a federal penitentiary, falsely convicted of treason.

While Baldacci’s Puller has been unfavorably compared to Lee Child’s Jack Reacher, I found Zero Day to be exciting and fun. Contributing to the fun were the readers of the audio book, actors Ron McLarty and Orla Cassidy who take on the male and female dialog respectively, with McLarty also reading the descriptions. They are two of the best talents in audio books, and that counts for a lot.