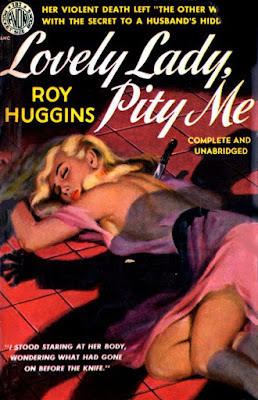 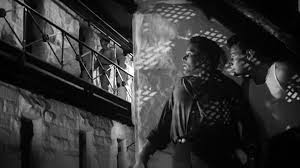 Last Saturday morning, cable’s ME TV channel showed an old, black-and-white episode of a Western series in which a man named Trump arrives in a small town and warns the people that meteors are about to hit and destroy everyone, and only he can save them.

He convinces the crowd and they clamor to buy his expensive protection – little umbrellas with symbols he claims have the power to deflect the killer space rocks.

Into this comes a Texas Ranger who tries to expose the fraud. But the people, carried away with fear, are willing to do anything to save themselves.

The episode, “The End of the World,” was from a show called Trackdown, and originally aired in 1958. The series starred Robert Culp and ran from 1957 to 1959. 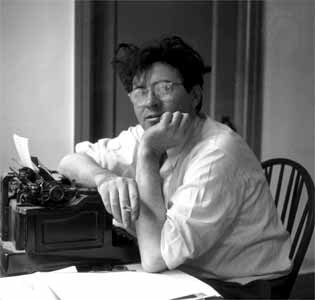 This review was intended for last week’s Friday’s Forgotten Books, but the night before, a light snow storm knocked out the power in my area. Funny, the electric stays on through heavy rains and high winds, but let one snowflake land on a wire and a lot of little houses go dark. The lights eventually came back on, but the deadline had passed. So, here is what I hoped you all could have read before the calendar change.

James T. Farrell’s slim novel from 1967, New Year’s Eve/1929, takes place in Chicago on the afternoon, evening, night and the following morning of the last day of the 1920s and the first day of the 1930s. It is his bitter look back at the end of the Roaring 20s.

In the book, Beatrice Burns, a woman about 29 years old, dying of a lung ailment, possibly tuberculosis, lives near, and desperately wants to be part of, a group called the Fifty-seventh Street Art Colony. The colony was an actual group of writers, painters and college students residing in a south-side neighborhood near the University of Chicago. This is the same part of the city in which Farrell (1904-1979) grew up, went to college and wrote about in many of his novels, including his Studs Lonigan trilogy.

Beatrice longs for a blow-out New Year’s Eve party, a party to end all parties. A couple she knows, who usually throw huge parties seem too tired and uninterested in hosting anything that night. But Beatrice goes around telling people that there will be a big bash at the couple’s place, and feels she is doing everyone a favor by promoting a party.

That evening, the couple’s little apartment is jammed with people. Most know each other, everyone is talking at once, no one is listening much, and all are trying too hard to have fun. These people seem to know they are headed for tough times. This could be Farrell’s 20/20 hindsight, writing from a nearly 40-year distance.

One of the characters who appears in several of Farrell’s books, a writer named Dan O’Neil, comes to the party with a pretty young girl from the neighborhood whose mother does not approve of O’Neil. When Dan and the girl see Beatrice, they worry that Beatrice will cause trouble by telling the girl’s mother. Beatrice delights in knowing that she is upsetting them.

Dull and manipulative, Beatrice wants more than anything to be the center of attention. The idea of gaining the spotlight by causing trouble for others, thrills her. She takes note of couples sneaking off to the bedroom or locking themselves in the bathroom. She relishes the idea of catching them and having some juicy gossip. In short, Beatrice is a thoroughly dislikable character and a person the group barely tolerates and mostly ignores.

When a man gets drunk and starts shadow boxing, he accidentally clips Beatrice, knocking her to the floor. When she gets up, Beatrice laughs it off hoping the incident will finally draw everyone’s attention to her. It does, but momentarily.

At dawn, she tags along with a small group leaving the party. When they play a noisy game on the sidewalk, an irate neighbor throws cold water down on them. The water only hits Beatrice, and again, she laughs it off, hoping it will make her the life of the party. Instead, the group takes it as a sign the night – and the fun – is over and they go their separate ways.

New Year’s Eve/1929 is a quick, interesting read, but not a pleasant one. Anyone unfamiliar with Farrell would do better reading Young Lonigan (1932), The Young Manhood of Studs Lonigan (1934), and Judgment Day (1935).