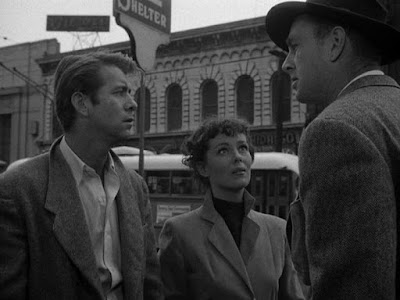 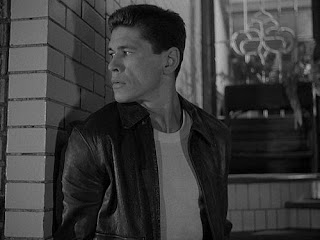 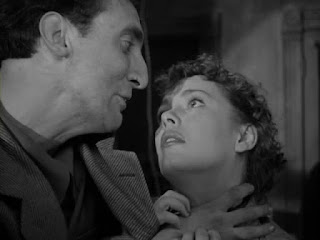 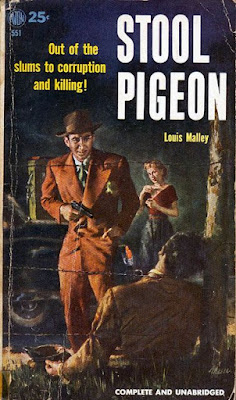 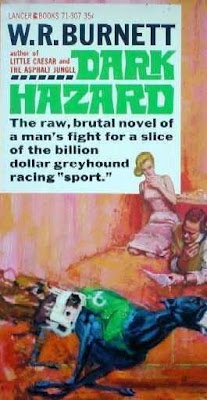 The surprise read of the summer was W.R. Burnett’s 1933 novel, Dark Hazard. I fully expected to enjoy what I thought would be another tough-guy yarn filled with gangsters and gun molls. After all, Burnett made a splash with his first novel, Little Caesar, and went on to write other books populated by the underworld, like High Sierra, and The Asphalt Jungle.

Burnett knew his characters and the worlds in which they lived, and he wrote about them in a clean, hard style. But what surprised me was finding Dark Hazard had a soft heart.

It is the story of Jim Turner, once a high-stakes gambler and race-track regular who has fallen on hard times. It is winter, 1928 and he is making ends meet working as a night clerk at a third-rate Chicago hotel. He has a new, straight-laced wife who knows his past and is happy to see him making an honest – if poorly paid – living. The dull job is driving Jim nuts.

In a great twist, Jim meets a gambler who operates on an even larger scale than Jim ever did in his heyday. The gambler owns an interest in a dog track near Los Angeles and hires Jim to go out there and keep an eye on the operation. Jim jumps at the chance to leave wintery Chicago for sunny California.

At first his wife is happy out there. Then, two things happen. Jim, who swore off gambling for her, starts betting on the greyhounds. And Jim falls in love. He loses his heart to a champion dog named Dark Hazard. The more into dog racing Jim gets, the more he wants to buy and race Dark Hazard. His wife is not happy about any of these developments, nor about Jim’s new friends, a bunch of West Coast gamblers and sharpies.

The story follows Jim for several years through ups and downs, and winds up with an unexpected ending.

Burnett’s skill as a writer not only weaves a completely believable story out of these various threads, but also makes the ins and outs of dog racing understandable and exciting.

As Jim gets sucked back into the gamblers’ orbit, readers will worry about him on every page.

Not far into this book, it hit me I knew this story. Warner Bros. made not one but two movies in the 1930s based on this book. Around the time Warners bought the film rights to his 1929 novel, Little Caesar, Burnett went out to Hollywood to work on movie scripts.

After reading several of Burnett’s books, I’ve got to believe he was one of the writers who taught talking pictures how to talk. All through Dark Hazard, his characters’ dialogue is as sharp and funny and energetic as the roaring 20’s must have been.