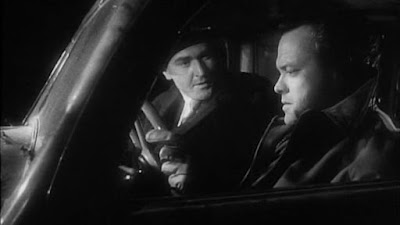 And here is a link to an introduction to the film by Peter Bogdanovich.
Posted by Elgin Bleecker at 11:24 AM 1 comment:
Labels: Hilton Edwards, Orson Welles, Orson Welles’ Ghost Story, Return to Glennascaul 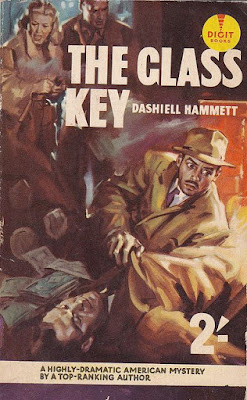 The Maltese Falcon and The Thin Man are Dashiell Hammett books I’ve read and re-read over the years. But I don’t think I’ve opened his 1931 novel, The Glass Key, since college. It was time for another look.

Between the covers is a good murder mystery and great character study.

Main character Ned Beaumont is a part-time gambler and a full-time political operative working for Paul Madvig, a power broker who runs a small American city.

Madvig also owns a club that offers illegal gambling and booze (the story is set at the end of the Prohibition era). Since Madvig has control of everything in town, the police leave him alone. But he has a problem. The son of a U.S. senator is found dead, murdered, just down the street from Madvig’s club. All of Madvig’s people are up for re-election, including the senator. Madvig cannot have this unsolved murder hanging over them. The opposition will eat them all alive.

Ned Beaumont, who found the body, sets out to clear things up. But the harder he works, the more complicated things get and higher the stakes grow.

A bigger mystery than finding the killer is trying to understand Beaumont’s actions. He will walk right into dangerous situations, and at one point takes a hell of a beating from the guys working for the gangster who is trying to oust Madvig.

Beaumont keeps his cards close to his vest, also keeping his plans and reasons for them a secret from the reader until he springs into action.

Madvig himself throws Beaumont several curves that lead to their splitting up professionally and ending their long-time friendship.

Ned continues to work on the murder case, because more is at stake than Madvig and his political pals. 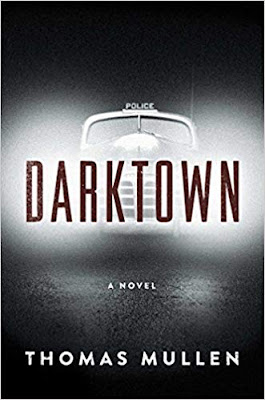