Only Murders in the Building is a series to watch 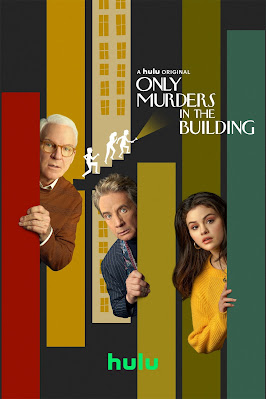 In this comic mystery series, three residents of an old, stately Manhattan apartment building meet and then learn that another resident died mysteriously. The three, played by Steve Martin, Martin Short, and Selena Gomez, knew the young man by sight and are sure he must have been murdered. They decide to not only investigate on their own, but also create a day-by-day podcast of their activities.

Martin plays a semi-retired actor who once starred in a popular TV crime series and thinks he can apply methods from the show to the real murder. Short plays a washed up Broadway theater director who sees the investigation as a way back into the limelight. And Gomez, who was house sitting for a wealthy aunt, has a mysterious connection to the murdered man.

This series, streaming on Hulu, plays out like a well done comic novel – think, A Confederacy of Dunces. And, by the way, why hasn’t Confederacy ever been made into a film or series?