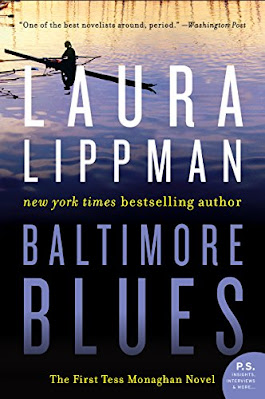 Laura Lippman is a writer I have heard about for years but had yet to catch up with her books. Last week, I read Baltimore Blues, thoroughly enjoyed it, and wondered what took me so long to get to it?

This 1997 mystery was the first in Lippman’s Tess Monaghan series. We meet Tess, a reporter without a newspaper after the daily she worked for went out of business – like so many papers, big and small.

Tess is making ends meet with two part-time jobs, one for her uncle, the head of an obscure government department who needs reports and press releases written, and another for her aunt who runs an eclectic bookstore. Tess lives in an apartment above the bookstore.

In the early morning hours, she goes down to the Patapsco River and gives herself a workout rowing a shell. One morning on the river she meets Darryl Paxton, a competitive rower and an old friend everyone calls Rock. After a friendly race back to the boathouse, Rock confides in Tess, telling her that he believes his girlfriend, Ava, is in trouble and that is why she seems to be drifting away from him. He offers to pay Tess to follow Ava and find out what is going on.

For a week, Tess follows Ava every time the woman comes out of the office building where she works for a prestigious law firm. Ava has some peculiar interests, like shoplifting from boutiques in an upscale mall, and going to a hotel during her lunch break. One day, Tess literally bumps into Ava’s boss in the lobby of the hotel, and that makes too big a coincidence for Tess. Instead of reporting her findings to Rock, she confronts Ava herself, setting off a chain of events that land Rock in jail for murdering the lawyer.

Rock’s defense attorney, who is also his friend and rowing coach, hires Tess to investigate the murder, looking for leads that will exonerate Rock.

Tess does her job, and more. Forgetting that she is employed to follow the defense lawyer’s instructions and gather facts, and falling back into her habit of trying to break a story, she endangers Rock’s case and puts herself in the crosshairs of the real murderer.

Lippman’s story is a quick read with a good many twists and turns, action, suspense, and observations about the city of Baltimore and its diverse population and neighborhoods.

There is a lot to like in this book, including a few literary references, like brief mentions of three poems within a few pages of each other: Houseman’s “Terence, This is Stupid Stuff” and Auden's "In Memory of W. B. Yeats” and Milton’s “When I Consider How My Light Is Spent.”
Posted by Elgin Bleecker at 10:48 PM 2 comments:
Labels: Baltimore Blues, Laura Lippman, Tess Monaghan

“Shaft” directed by Gordon Parks from the Ernest Tidyman novel 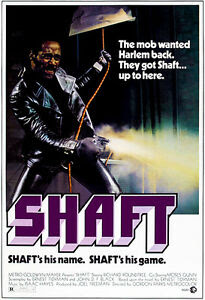 Last week, I wrote about the novel Shaft. This week, a few words about “Shaft,” the 1971 movie.

The story is fairly simple, private investigator John Shaft is hired by a Harlem gangster to rescue the man’s teenage daughter from Mafia kidnappers.

Some of the social and political complexities of the novel are lost, but the action is retained. The movie is nearly wall-to-wall action, with a few lulls while Shaft verbally spars with police Lt. Androzzi, and beds several women.

The movie had some excellent things going for it. It was based on a solid novel by Ernest Tidyman, who co-wrote the screenplay. It had a good cast with Richard Roundtree as Shaft, Charles Cioffi as Lt. Androzzi, and Moses Gunn as the gangster. Gunn has a terrific moment early on when hiring Shaft and trying to maintain his tough front, while his emotions overwhelm him and tears come to his eyes.

“Shaft also had long-time magazine photographer, writer, and filmmaker Gordon Parks as director. In an interview, Richard Rountree said Parks was so cool, he was Shaft.

And, perhaps most memorable of all, “Shaft” had a musical score and song by Isaac Hayes. Hayes won an Oscar for “Theme from Shaft.”

Say “Shaft” to people who have seen the movie, and I will bet two things happen, they hear the song in their heads and they picture Richard Roundtree walking through Times Square in that long leather coat.

I was going to say more about the movie, but I found the following clip which says it all.


Three things surprised me about the book, Shaft:

First, the paperback copy on my shelf, unread until now because I had seen the 1971 movie several times, is not a novelization of the film, but an original novel written by Ernest Tidyman, published in 1970.

Third: Ernest Tidyman, a man whose name I have seen in movie credits, and who I always assumed was black, was white.

Shaft is the story of Harlem-born, Vietnam-vet, P.I. John Shaft who is approached by uptown’s most powerful and feared gangster with a personal request. Knocks Persons wants to hire Shaft to find out who kidnapped his teenage daughter and where they are holding her.


The Mafia grabbed the girl to pressure Persons into relinquishing control of Harlem. But Persons knew that. He was using Shaft to smoke them out and to settle some scores.

Before the old mob tipped its hand, Shaft tracked down and approached a militant young black leader, Ben Buford, for information. While meeting in a secret and secure building with Buford’s men guarding the place, the place is attacked, killing the guards and nearly killing Buford and Shaft.

Later, in an attempt to negotiate with the mob, Shaft is ambushed, takes a hell of an ass-kicking, and is dumped on Knocks’ doorstep as a warning to the Harlem gangster.

While most men would be rushed to the hospital, Shaft rushes into action with a plan to smash into the kidnappers hideout, rescue the girl and stomp the men who beat him. All of this is executed in a series of incidents even more impossible than the end of the movie based on this book.

Tidyman was very good with action and dialogue, not quite as good with the odd, internal musings of John Shaft. But overall, Shaft is a well done, fun read, and if I can find Tidyman’s other Shaft novels, I will be reading them, too. 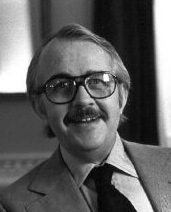 Ernest Tidyman (1928-1984) had a long career as a journalist before writing his first book. His third book, Shaft, was a success, helped no doubt by the hit movie that came out the following year. He went on to write six more Shaft novels as well as other books. He also wrote and produced films. He wrote the script for the movie,“Shaft,” and won an Academy Award for his screenplay of “The French Connection” from Robin Moore’s non-fiction book.
Posted by Elgin Bleecker at 1:27 PM 1 comment:
Labels: Ernest Tidyman, John Shaft, Shaft, The French Connection
Newer Posts Older Posts Home
Subscribe to: Posts (Atom)