Noir Alley is a Program to Watch 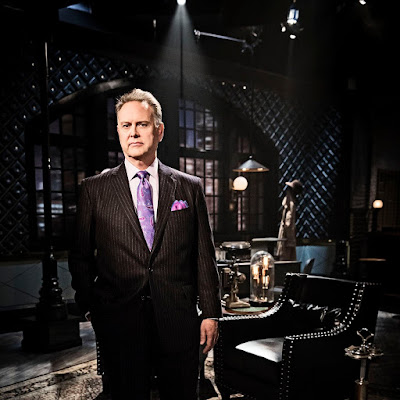 Saturday nights at midnight (Eastern time), and repeating Sunday mornings at 10, Muller, the host of the show, presents classic films that fit the definition of “film noir.”

The French term meaning dark movies was adapted from the name of a line of crime novels, including many American books, published in France starting after World War II called série noire.

Film noir generally identifies – and there are a lot of definitions – American crime movies produced from the mid-1940s to the late-1950s that often feature men with sketchy pasts trying to go straight, but who either get sucked into committing crimes or become victims.

The movies usually have dark, high contrast, black and white photography, often framed at odd angles. Some say this look traces back to German Expressionist films of the silent era.

For years, film buffs have argued over film noir, trying to establish an exact definition. But the genre seems to defy rules and provides all kinds of exceptions. If film noir requires black and white photography, what about “Leave Her to Heaven” from 1948, directed by John H. Stahl? Or, “Niagara” from 1953 directed by Henry Hathaway? If film noir requires the unreal world of movie studios where even exteriors were built on sound stages, what about the documentary style of “The Naked City” from 1948 directed by Jules Dassin, filmed on location in New York?

The debate goes on and on. So I will sum up my definition of film noir by using Supreme Court Justice Potter Stewart’s quote about pornography: "I know it when I see it."

Eddie Muller, introduces each of the films, some of them restored by his foundation, and he always gives an informed and entertaining preface and postscript to each showing.

For movie buffs, this is a great series, and for film noir fans, this program is not to be missed.