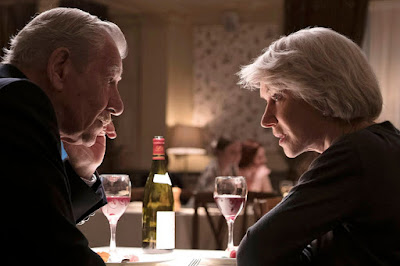 Also in the cast is Jim Carter (who was Carson the butler in Downton Abbey).
Posted by Elgin Bleecker at 2:34 PM
Labels: Helen Mirren, Ian McKellen, The Good Liar