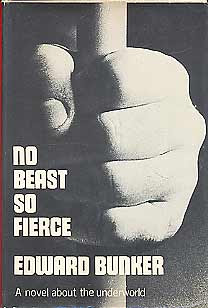 (For more posts on books this week, check out Todd Mason’s blog.)
Posted by Elgin Bleecker at 9:45 AM
Labels: Edward Bunker, No Beast So Fierce