“Tim’s Vermeer” is a Video to See 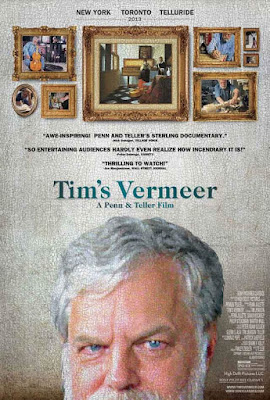 Tim Jenison, an inventor and entrepreneur who made a bundle in the tech industry with innovative computer graphics, read a couple of books each touching on the idea that Johannes Vermeer, the 17th century Dutch painter, may not have been so much an artist as an inventor.

Using lenses available in his day and the concept of a camera obscura, Vermeer may have painted his masterpieces by using a form of image projection.

Intrigued by this concept, Tim set out to recreate the ancient technology Vermeer may have used, and to paint his own picture in Vermeer’s style.

The project took years, but Tim seemed to be on to something.

This documentary follows his incredibly painstaking process, including building a replica of Vermeer’s studio and creating paints from scratch to match what was available in Holland at the time.

Tim’s journey is so intriguing, so interesting and so revealing, that halfway through the movie, I suspected the whole thing was a hoax – a mockumentary. After all, the film was produced by Penn and Teller, the comedy and magic team.

But “Tim’s Vermeer” is real, the man's dedication and persistence is amazing, and the 80-minute movie is worth watching.
Posted by Elgin Bleecker at 12:39 PM
Labels: Johannes Vermeer, Penn & Teller, Tim's Vermeer