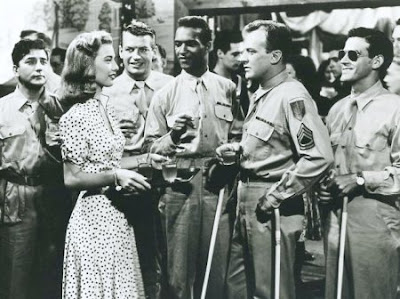 It is the story of a soldier blinded in battle during World War II, and sent to an Army hospital in the U.S. to recover and learn to deal with his loss of sight. He also has to learn to overcome his emotional response and the reactions of his family.

Arthur Kennedy stars in this 1951 movie and was nominated for an Academy Award for his performance.