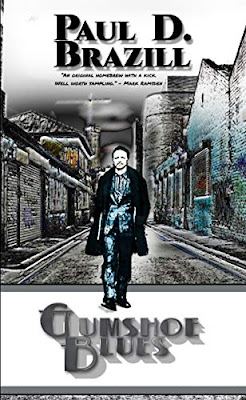 Gumshoe Blues: The Peter Ord Yarns was published today (August 30). Paul D. Brazill sent me a copy a few weeks ago. Other Brazill books are Last Year’s Man, Guns of Brixton, Too Many Crooks, A Case Of Noir, Kill Me Quick! His short stories have appeared in many anthologies.
Posted by Elgin Bleecker at 6:33 PM
Labels: Gumshoe Blues, Paul D. Brazill