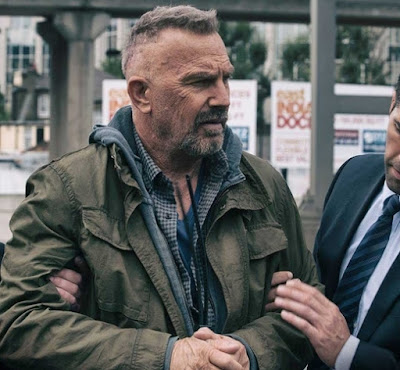 The 2016 film, “Criminal,” is a loopy mashup of a crime movie, spy thriller and science fiction yarn.

Jerico, played by Kevin Costner, is an unregenerate career criminal. He is crafty, resourceful, violent and without a conscience. The problem with his brain is exactly what the doctor ordered for an experimental project.

A doctor working for the government implants the memories of a murdered agent into Jerico’s head so the criminal can complete the agent’s mission.

Possessing part of the agent’s mind along with his own hilariously anti-social behavior, Jerico’s journey is a hoot.

A character getting his brain tweaked and surprised by his new thoughts is a concept that’s been done before. But, when this film was over, my wife and I looked at each other and laughed, saying, “What a crazy film,” and, “That was a lot of fun.”