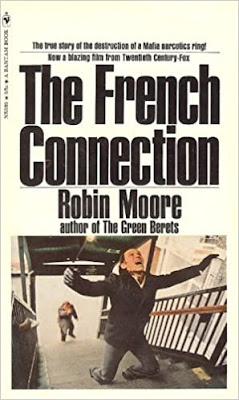 In 1962, two New York City police detectives made the biggest drug bust of that time. The case is known as the French Connection.

Many people are familiar with the case from the 1971 Oscar-winning movie, “The French Connection.” Fewer may know the case from Robin Moore’s 1969, non-fiction book.

Moore detailed the painstaking and sometimes hair-raising work of detectives Eddie Egan and Sonny Grosso leading to the seizure of more than 100 pounds of heroin and the arrest of some – but not all – of the drug traffickers. 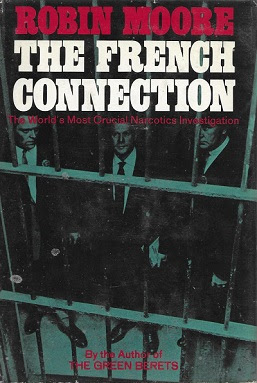 Egan and Grosso got on to the case by chance. After working round the clock for several days, they went to a night club for a drink. There they spotted a young guy being treated like royalty by some known wiseguys. Wondering what was up, the detectives followed the guy who turned out to be the nephew of a mob boss. The guy seemed to have some suspicious connections of his own. By night he made pickups and deliveries around town. By day, he and his young wife ran a lunch counter and candy store in Brooklyn.

They identified a key player, but tailing the Frenchmen proved to be harder than expected. At one point, the man gave Egan the slip in the subway and waved at the detective as the train left the station. The filmmakers used that moment in the movie.

But the book and the movie differ.

The movie – which is one of the great crime films – invented some scenes not in the book, like the car chasing the train. The book had scenes in cars that may have been too confusing to film, as when the Brooklyn man routinely drove up and down Manhattan streets to shake any possible police tail and making it hard for the detectives to follow him. At one point, Grosso, dressed as a delivery boy, tried to follow on a bicycle. 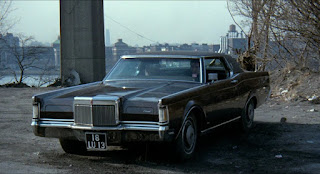 A confusing part of the movie was when the drug smugglers inexplicably left a new Lincoln Mark III on a street in a rundown neighborhood. The book explains the move. It was the method the local mob guys used to transfer the drugs. 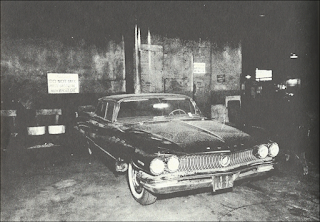 They found that a 1960 Buick Invicta had panels under the car that when taken off revealed spaces perfect for hiding contraband. They arranged for the car, which had been brought in from France, to be left on a particular street. The mob guys would then move the car into a rented garage on that block, open the panels, take out the packages of heroin, replace the panels and put the car back on the street to be picked up by their French contacts. They even had a jar of mud from France to smear on the panels. If the police tested the dirt, it would look like nothing had been done to the car since it left Europe.

Moore’s book ranks up there with the best non-fiction crime stories, and, like Truman Capote’s In Cold Blood, it reads like a novel.

Robin Moore (1925-2008) wrote about 60 books, often with co-authors, including other true crime stories and The Happy Hooker. He died at age 82 while working on three new books. Moore served in the Air Force during World War II, then went to Harvard. In the early 1960s, he approached one of his college acquaintances, Robert F. Kennedy, and gained access to the Army Special Forces. In 1965 he published The Green Berets.
Posted by Elgin Bleecker at 6:58 PM
Labels: Eddie Egan, New York police detectives, Robin Moore, Sonny Grosso, The French Connection