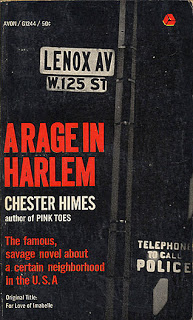 (For more posts on books, head over to Patti Abbott’s page.)
Posted by Elgin Bleecker at 12:08 AM
Labels: A Rage in Harlem, Chester Himes, Coffin Ed Johnson, Grave Digger Jones