Problems for Cary Grant in “Crisis” 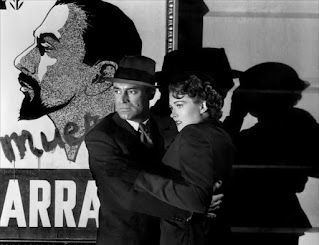 Cary Grant cast in a serious picture is not always a good thing – unless it is an Alfred Hitchcock production. But “Crisis” is a pretty good movie – not a great movie – but an interesting one.

In it, Grant and his wife, played by Paula Raymond, are on vacation in Latin America when they are kidnapped by soldiers and taken to the capitol of an unnamed country. The dictator there, played by Jose Ferrer, has a brain tumor and cannot leave. Neighboring nations will not accept him and there is political unrest and riots in the streets at home. The only solution is to convince Grant to do the operation in the presidential palace.

But, the horrible dictator is not worth saving, and the rebels would appreciate it if the doctor’s hand should slip ever so slightly during the delicate operation.

In summary, it all sounds too far-fetched, but director Richard Brooks, who also wrote the screenplay based on a story by George Tabori, turns it into an intriguing political and moral struggle for Grant.

Posted by Elgin Bleecker at 2:07 PM