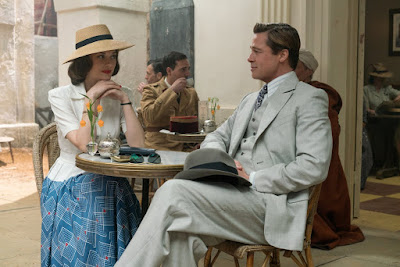 Looking to escape from the reality of the news and the cold weather this weekend? Then let me recommend the movie, “Allied.”

This is a big, old-fashioned, movie-star kind of movie about a Canadian agent, played by Brad Pitt, and a French resistance fighter, played by Marion Cotillard, who meet on a joint assignment in Casablanca during World War 2, fall in love, and carry out their mission. And there is a whole lot more to the story.

Director Robert Zemeckis, who made “Romancing the Stone,” “Back to the Future,” and “Cast Away,” gives this picture scope and drive and tension. He also showcases his stars the way Hollywood did during its Golden Age of the 1930s and 1940s. But the R-rated violence, sexuality, and language is 21st century.