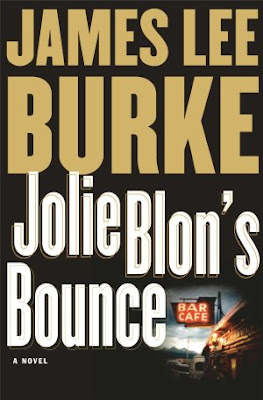 This post comes after a re-reading of James Lee Burke’s 2002 novel, Jolie Blon’s Bounce, or, more accurately I should say it is the second time around. This time I listened to the unabridged audio book of the novel.

Jolie Blon’s Bounce is the 12th of Burke’s 20 Dave Robicheaux novels. Dave Robicheaux is a former homicide detective who left the New Orleans Police Department during a low point in his life when he was drinking too much and ghosts of his past were haunting him – the murder of his wife, the war in Vietnam. Now, he is a detective with the Iberia Parish Sheriff’s Office, lives in the community and also owns a fishing-tackle and boat-rental business located on his home property.

Iberia Parish is an actual place about a two-and-a-half hour drive west of New Orleans. A parish, is what the state of Louisiana calls its counties. Burke describes many actual places in this and his other Robicheaux novels, and he is a master at conveying the sights, sounds, smells, and time of year in that part of the country.

In Jolie Blon’s Bounce, Dave Robicheaux has two murder mysteries to solve, which may or may not be related. He also goes up against a host of suspects including local toughs, New Orleans mob guys, and a man who may or may not be possessed by the devil, if not a demon himself. The man goes by the name, Legion, which is a reference to a story in the New Testament. Legion is a tall, wrinkled 74-year-old man who is physically powerful and has the power to scare the crap out of everyone – including Dave Robicheaux.

The only one not afraid of Legion, although he should be, is Dave’s friend and former homicide partner, Clete Purcel, now a private detective and bounty hunter. Throughout Burke’s series, Clete will step in to assist Dave, and more often than not he storms ahead and gets himself into a world of trouble. Here, I should note, there is a lot of violence, graphically described, in this book.

While parts of the story can make your hair stand on end, and parts could get your heart racing, the novel also has a good deal of humor, sometimes supplied by Clete Purcel, sometimes by Dave Robicheaux’s first-person observations of the people he must deal with day-to-day. Burke also shows tender moments with Dave and his second wife Bootsie and their adopted daughter Alafair.

Burke's storytelling skills weave so much of the culture, history, food, and dialects of the place into this, and all his Dave Robicheaux novels, that I almost feel I know more about that section of Louisiana than I do about my own town.

Jolie Blon’s Bounce is another great novel from James Lee Burke, someone who has been a favorite writer of mine for many years. The audio book, narrated by the late actor Mark Hammer, who recorded several of Burke’s earlier mysteries, is excellent.