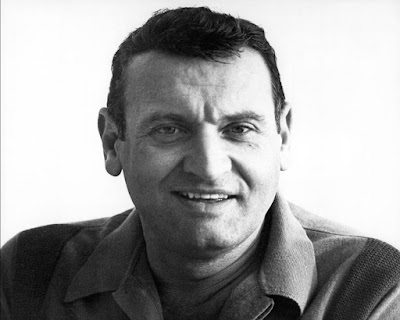 One thing leads to another.

Last week, I posted about the Elmore Leonard short story, “Three-Ten to Yuma," which started me thinking about the two films based on it, one from 1957 with Glenn Ford and Van Heflin, and the other from 2007 with Russell Crowe and Christian Bale. As much as I liked the Leonard story, I cannot say I cared much for either picture. But, I do like the theme song from the original movie performed by Frankie Laine.

Laine was born Frank LoVecchio in 1913 in Chicago. During the 1930s, he sang with bands in nightclubs. In 1946, he recorded “That’s My Desire” for Mercury records. The song became a hit, and made Laine a national star along with fellow Italian-American recording artists, Frank Sinatra and Perry Como.

In 1949, Laine recorded “Mule Train,” which seems to be the song that opened up a new track in Laine's career – singing theme songs for Westerns.

Some of the movies he contributed to are the Burt Lancaster-Kirk Douglas “Gunfight at the OK Corral” from 1957, the Kirk Douglas “Man Without a Star” from 1955, and “3:10 to Yuma.” Along with the movies came TV theme songs. Perhaps the most famous was “Rawhide,” for the show starring a young Clint Eastwood. “Rawhide,” like “Mule Train,” is punctuated with whip cracks.

Then, in the 1970s, the story goes, funny man Mel Brooks was preparing a Western comedy and put out a call for someone to sing the theme song who sounded like Frankie Laine. How about Frankie Laine? the singer himself asked Brooks. And that, they say, is how he came to record “Blazing Saddles.”

Here are some links to Frankie Laine’s songs:

Gunfight at the OK Corral

Man Without a Star

And here is Laine with Perry Como in 1951 on The Frank Sinatra Show
Posted by Elgin Bleecker at 8:36 AM
Labels: 3:10 to Yuma, Blazing Saddles, Frankie Laine, Gunfight at the OK Corral, Rawhide